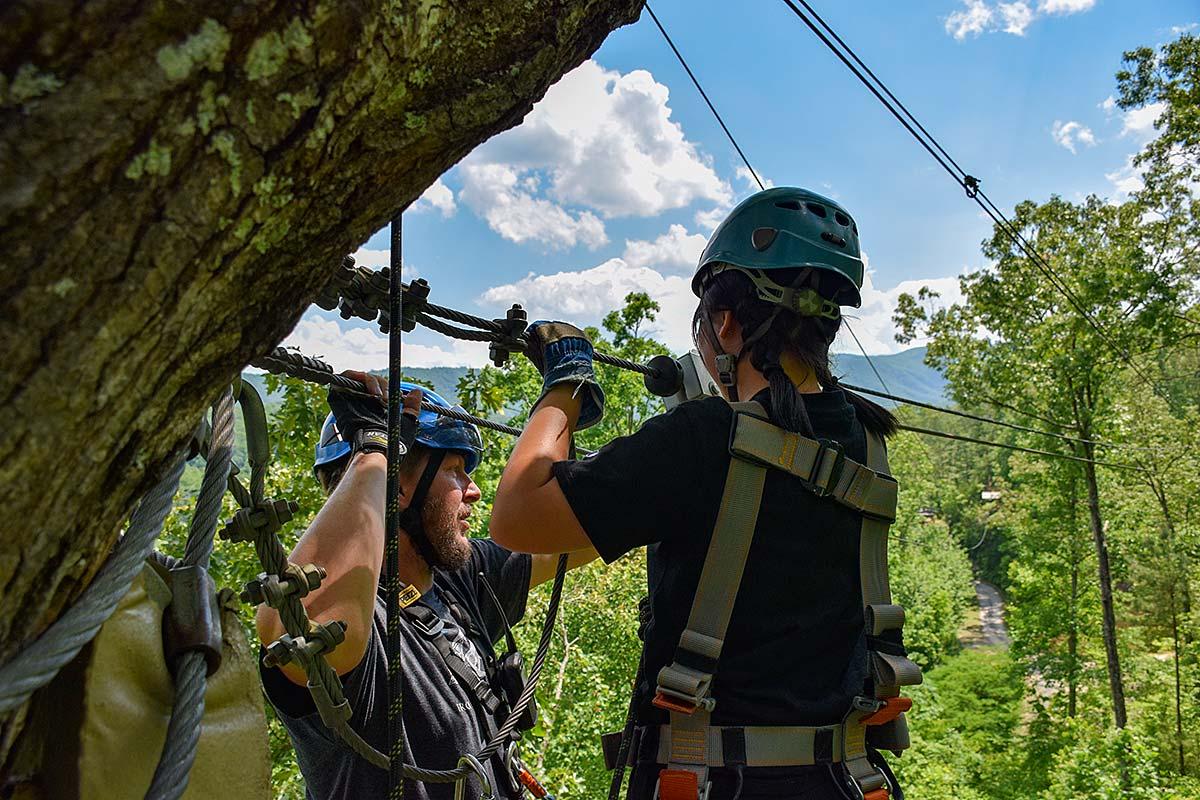 Ziplining has become a popular recreational and vacation activity in the United States in the last 10 years or so. But it's not a new phenomenon by any means. What is relatively new about ziplines is the notion of riding them purely for fun and excitement. The history of the zipline, however, shows that when they originated, they were used for more practical purposes.

It's believed that the very first ziplines were implemented in China-in the Nujiang Valley of Yunnan Province, to be precise-more than 2,000 years ago. These zip wires, as they were called, were used to safely cross rivers, as opposed to swimming or relying on a ferry. Many of those lines survived into this century. Early zipline use has also been documented in India and Japan as early as 250 BC.

The first recorded use of a zipline for entertainment purposes was in 1739, when steeplejack and rope slider Robert Cadman used a zipline to descend from the top of a church. The device was also referred to by H.G. Wells in his novel The Invisible Man, in which it was called “an inclined strong.”

The popularization of ziplines for recreational purposes may have been derived from the use of Tyrolean traverses, which is a means of traveling from one point to another by rope while mountaineering. In the Australian outback, ziplines were sometimes used for delivering necessities to people working on the far side of a valley, and they may have been used by Australian troops to deliver food, main and ammunition to forward positions during times of conflict.

In the 1970s, wildlife biologists began setting up ziplines as a way to study and explore the dense rainforests of Costa Rica without disturbing the environment. The concept of modern-day canopy tours for entertainment and tourism purposes developed from there.

Here at Smoky Mountain Ziplines, we have kept up the tradition of the canopy tour established some 50 years ago in Costa Rica. Except instead of touring the lush jungles of Central America, you travel through the dense, mature forest growth of the Great Smoky Mountains on our ziplines in Pigeon Forge.

Tours groups are limited in size, and each excursion lasts a couple of hours. We provide all the safety equipment, transportation and instruction you'll need on your journey. And keep in mind that ziplining is the ideal outdoor activity for company team-building exercises, family reunions, birthday parties and other types of group outings. 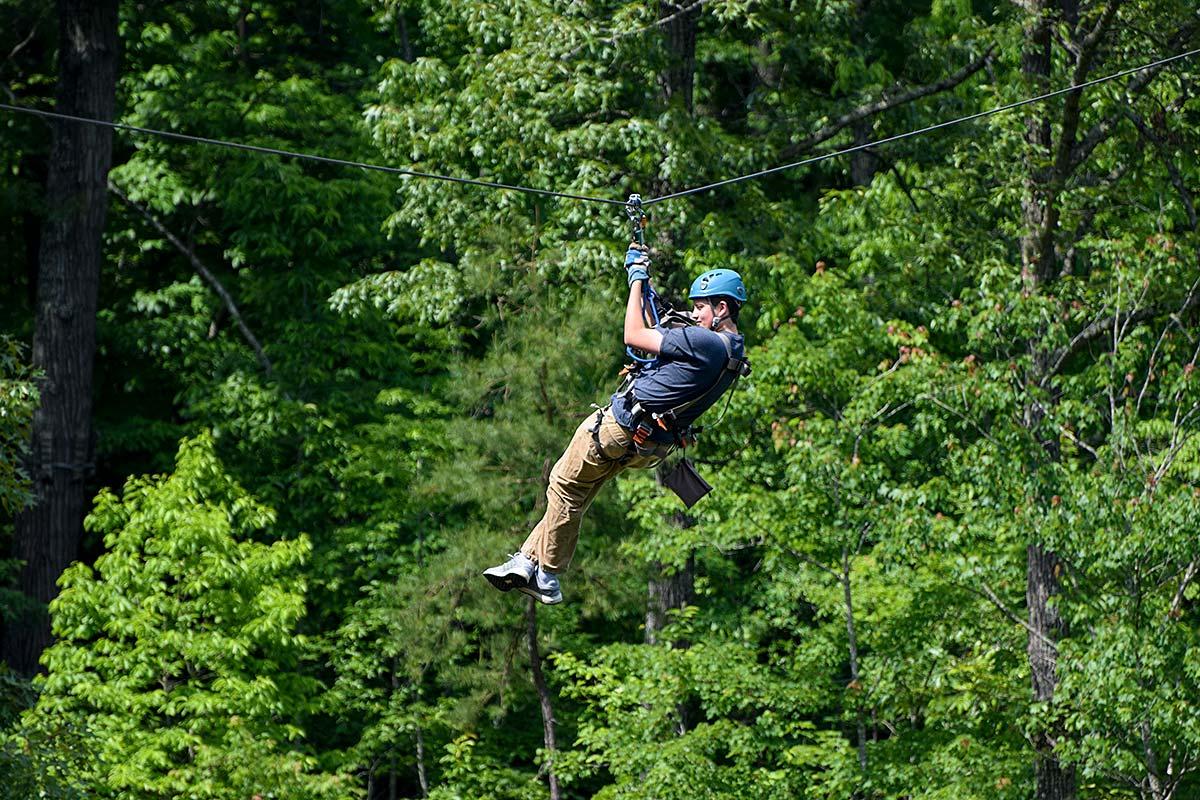 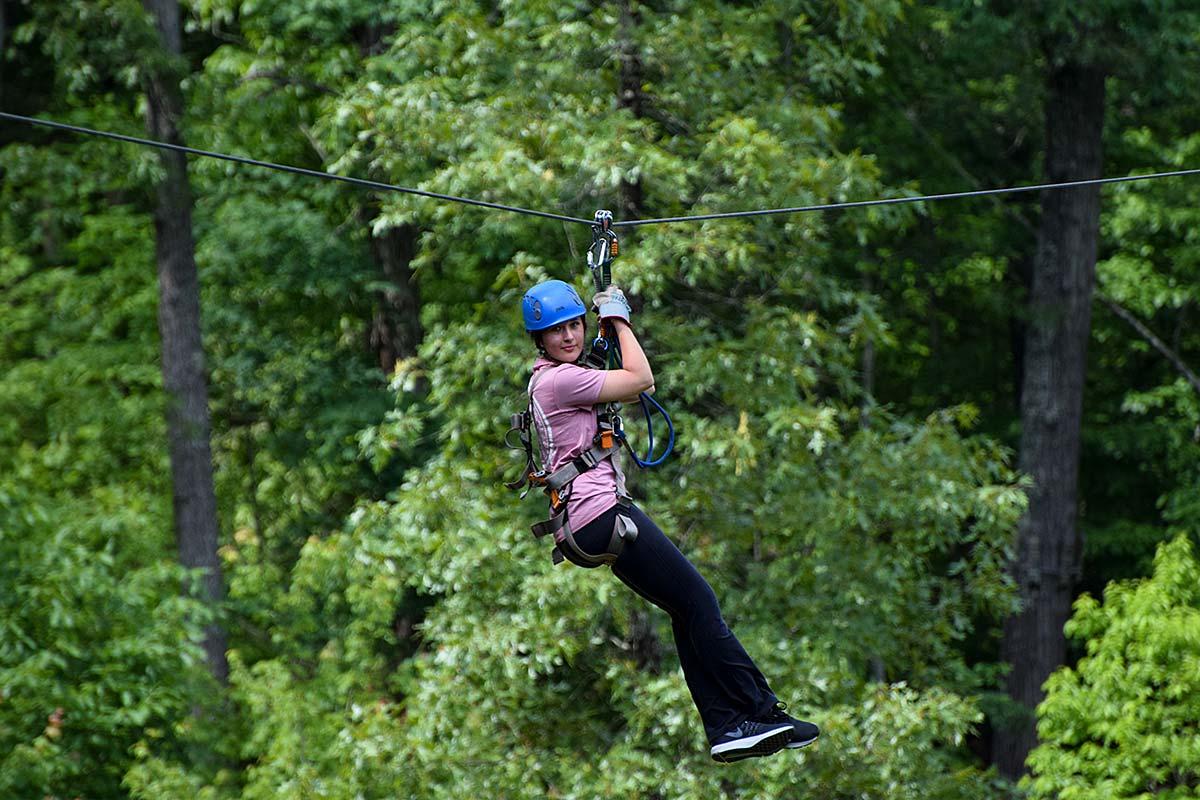