Ziplines Around The World 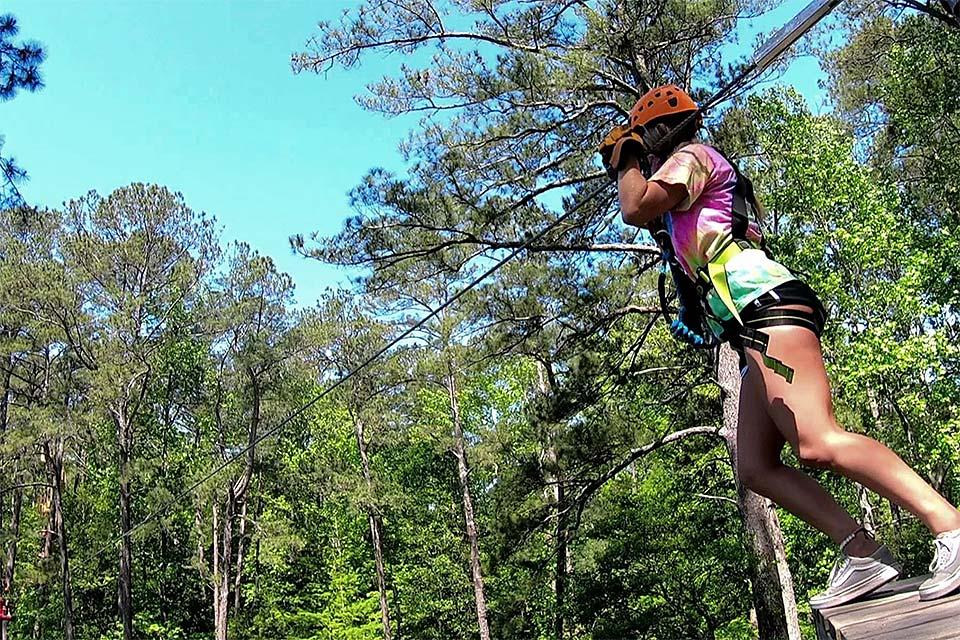 Smoky Mountain Ziplines is taking its annual winter nap right now, but we'll be open for the 2021 season in just a matter of months. Technically, you could measure it days or weeks if you're the optimistic type.

In the meantime, however, we thought we'd give you a glimpse into what other zipline attractions around the nation and around the world are up to. That's one of the unique things about ziplining. The activity is basically the same, no matter where you go, but because our planet offers such a wide variety of natural and manmade settings, each zipline destination has something unique to offer.

For example, because of our location in the Great Smoky Mountains, ziplining Sevierville, Tennessee (as well as Pigeon Forge and Gatlinburg) allows our guests to experience a lush woodland canopy tour full of steep terrain, deep ravines and views of the Smokies' highest peaks that are worth stopping long enough to take photos.

But until we return in March, here are just a few snippets of what other zipline vendors around the world are doing to attract visitors:

At Nijigen no Mori theme park near Kobe, Japan, guests visit a larger-than-life attraction dedicated to the movie monster Godzilla by ziplining directly into its cavernous, sharp-toothed mouth. The beast measures 180 feet long and 75 feet tall, and zipliners pass right by his giant, spiky teeth on their way in. Inside the attraction, Godzilla fans also get to play a laser shooting game, tour a Godzilla museum and dine on Godzilla curry.

Meanwhile, in London, England, the longest zipline in the United Kingdom is close to making its debut. Slated to open in February at the Bluewater shopping center outside London, the zipline will cross 50 acres of parkland and is estimated to be more than a mile long. It will also be the UK's fastest zipline, although at the moment, there are no estimates of what the top speeds will be for ziplining Brits.

Back home in the U.S., you may want to check out the largest zipline course in Louisiana the next time you happen to be down in that state. Magnolia Ridge Adventure Park is a 32-acre experience that has guests gliding over trees and looking out on the natural wildlife and waterways below. The park offers eight different zipline courses of varying lengths, depending on one's experience level and interest. For example, the high-level course takes about two hours to complete, while the lower courses take about an hour.

In Spokane, Washington, there's talk of building an urban zipline attraction that would feature two parallel lines running a quarter-mile from CSO Plaza to Redband Park, passing alongside the Spokane River. City planners think the attraction would have a number of benefits, including strengthening the downtown area as a tourism destination and helping the region's economy and hospitality industry recover from the impact of the pandemic.

At Louisville Mega Caverns in Kentucky, this cave attraction features the world's only fully underground zipline tour. You're underground, but there are still plenty of heights, plus it's cold and dark. As you might guess, Halloween is a great time to visit Mega Caverns. During the entire month of October, they host Mega Zombie Zips adventure tours, in which guests ride the ziplines over a herd of chasing zombies. Sounds like fun!

Now we're going to hop a plane and head back across the Atlantic to South Africa, where the Knysna Ziplines are introducing guests to that coastal area's longest and highest zipline attraction. Opened last September, the zipline is located at Kranshoek Gorge and has scenic views of the ocean and indigenous forests. The attraction has a total of six ziplines that are 2.2 kilometers long. It's also known for being environmentally friendly, utilizing recycled materials and products that were sourced locally. 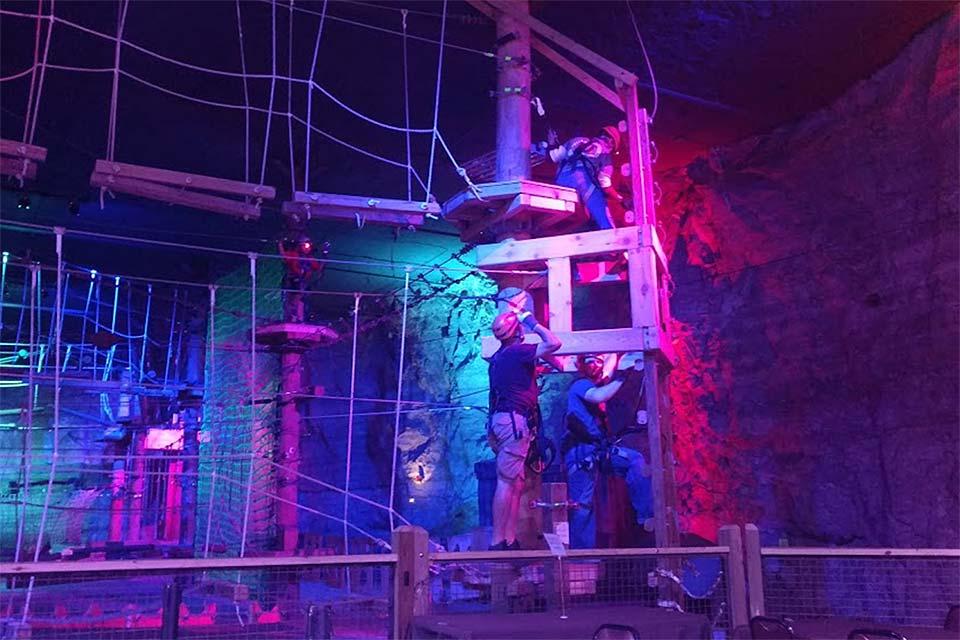 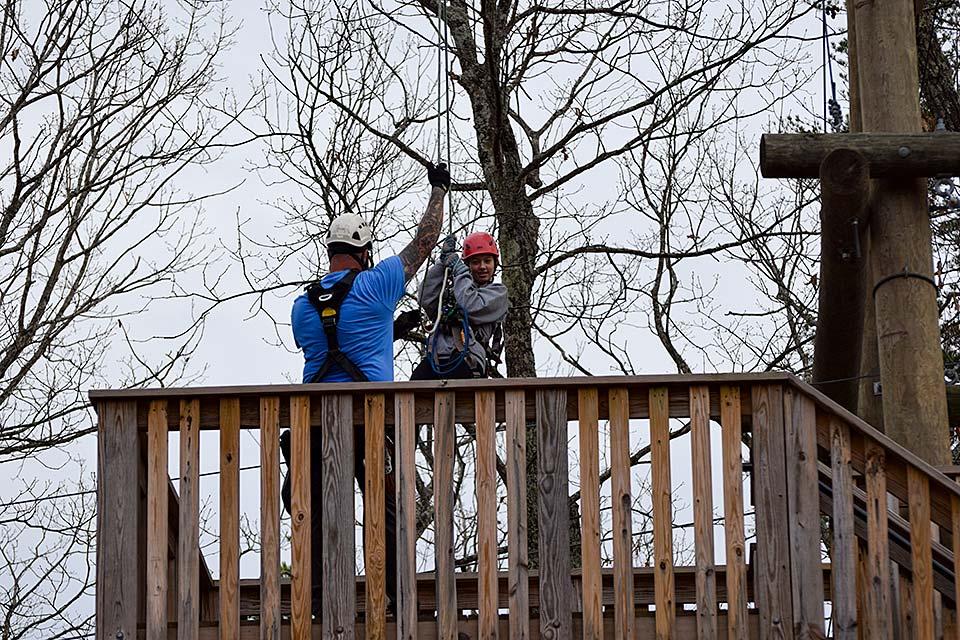 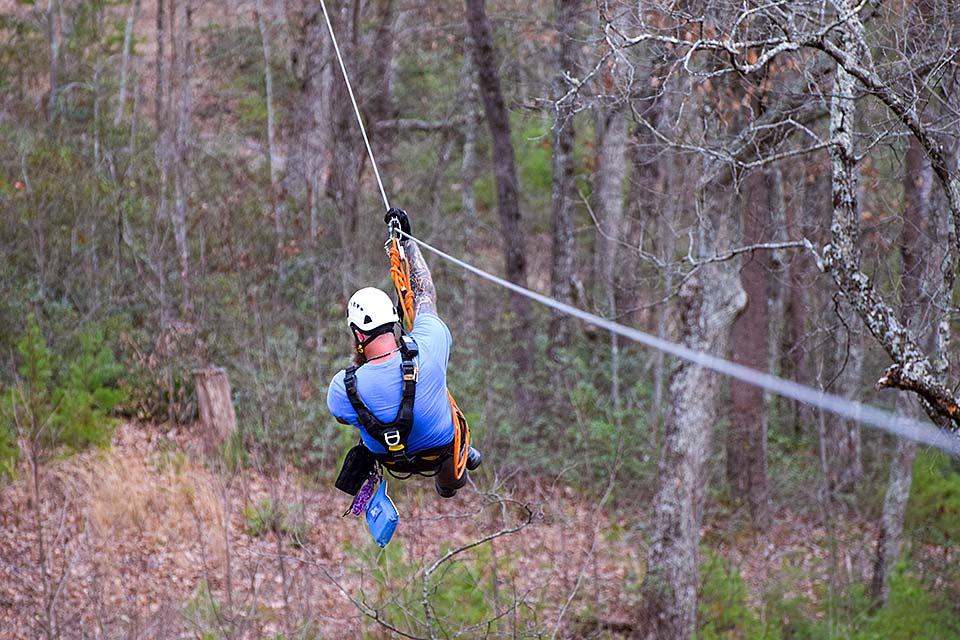