Old Mill Square Is A Slice Of History 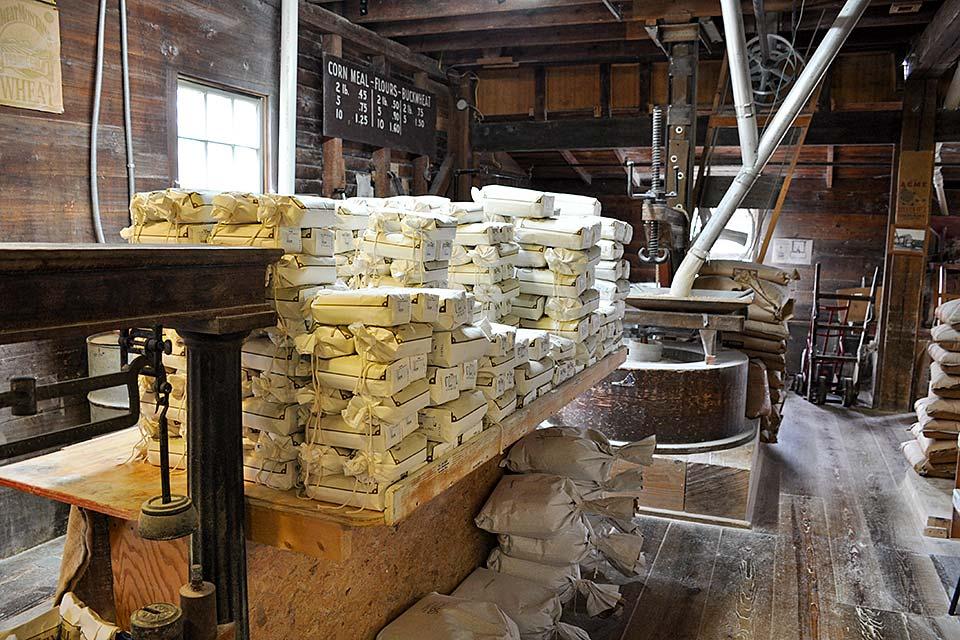 You may not be able to tell from the six-lane Parkway running through town or the dozens of restaurants, shops, attractions and hotels, or the fact that tens of thousands of people visit each day, but Pigeon Forge was once just a sleepy little hamlet on the way to the Great Smoky Mountains.

Thankfully, some remnants of yesteryear remain in Pigeon Forge and stand to serve as a reminder of the city's storied past. And no location is more iconic in terms of local history than the Old Mill, located just one block off the Parkway, on the banks of the Little Pigeon River. What's interesting is that these days, the mill is still serving the same purpose it has always served-grinding grains that are used to produce a variety of meals and flours for cooking.

It all started in 1830, when William Love and his brothers built Lewis Mill (named after their grandfather and early settler, Mordecai Lewis) out of tulip poplar, heart of pine and hemlock trees. Local farmers began carrying their sacks of grain to the new gristmill on the Little Pigeon River for grinding. Not only were the farmers able to walk away with flour and meal, they took advantage of the milling time to socialize and build a community.

In 1841, Love established a post office inside the mill, and he named the community Pigeon Forge after the passenger pigeons that often roosted in the trees along the river and after the iron forge that had already been established nearby.

The mill's first iconic water wheel was added in 1889, adding more power and enabling the mill to increase its production. By the early 1900s, the facility was cranking out wheat used in the production of Silver Star, Dixie Bell and Lily of the Valley brand flours.

In a parallel development that would have a major impact on the neighborhood as it stands today, local resident Douglas Ferguson began creating pottery out of native red clay in 1946, in a 100-year-old tobacco barn across the street from the mill. That laid the groundwork for the business Pigeon Forge Pottery, which became a popular tourist destination in the wake of the creation of Great Smoky Mountains National Park. In 1952, the site received the name it goes by today: The Old Mill. In 1975, it was added to the National Register of Historic Places.

Beginning in the 1990s, the mill's owners began expanding into the surrounding neighborhood with additional businesses such as the Old Mill Restaurant (adjacent to the mill, on the river). After the passing of Douglas Ferguson, his former residence next door to the pottery shop was turned into the Pottery House Café, and Pigeon Forge Pottery was transformed into Pigeon River Pottery. Other businesses in the Old Mill Square block include the Old Mill Farmhouse Kitchen, a creamery, a candy kitchen and a retail shop.

The original mill is still hard at work grinding grain into meals and flours that are sold to the public in the general store and also used in many of the dishes served at the surrounding restaurants and cafes. The common element shared by all the Old Mill businesses is a reverence for the past and an adherence to time-honored ways of doing things.

We're proud to say that Smoky Mountain Ziplines is a neighbor of the Old Mill. We're just down the Parkway and then just a couple of miles off the main road. If you visit the Smokies this year, you'll have a chance to experience awesome ziplines, Smoky Mountains history and much more when you come to Pigeon Forge. 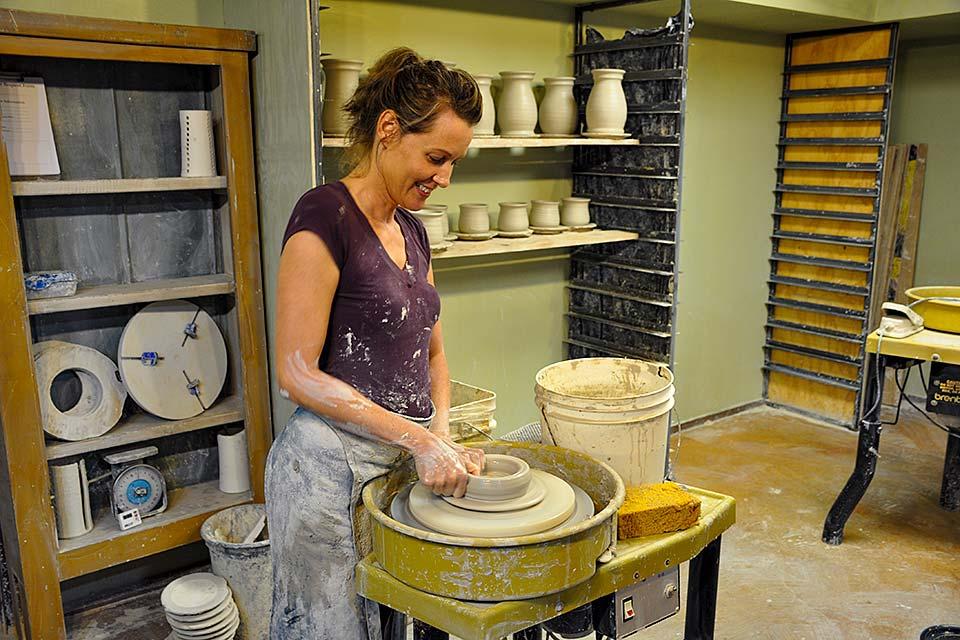 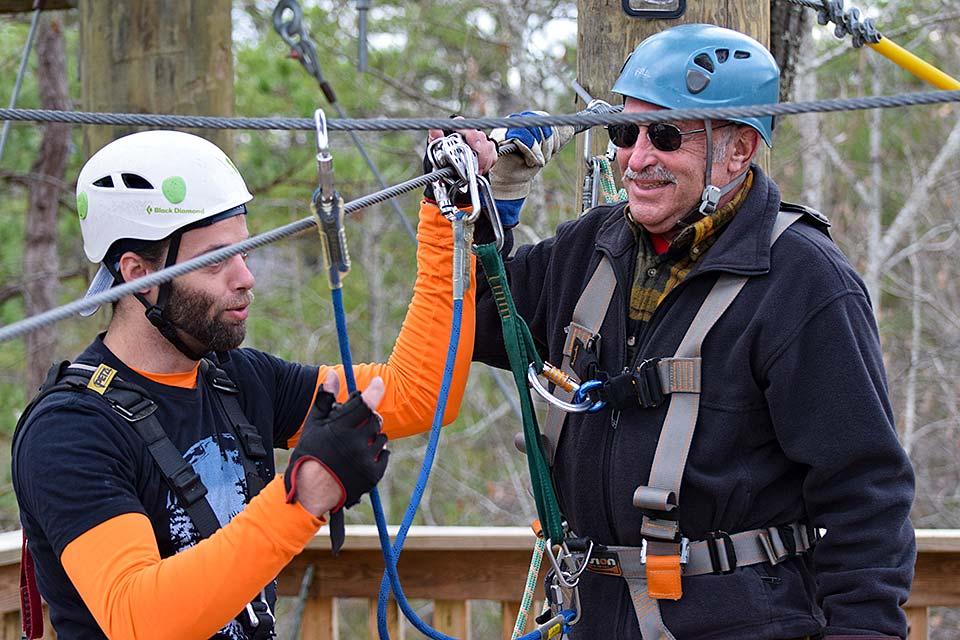 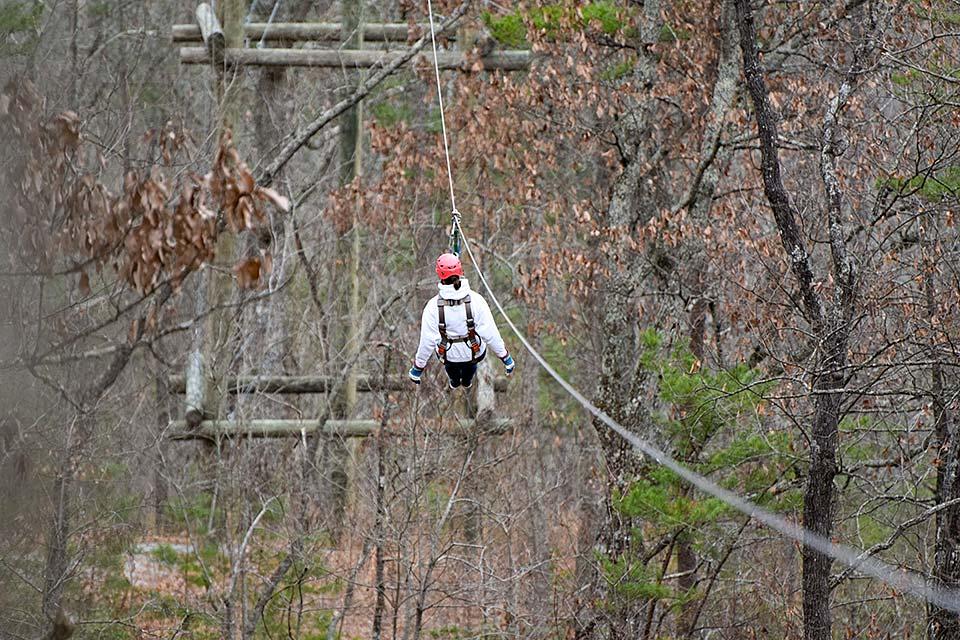