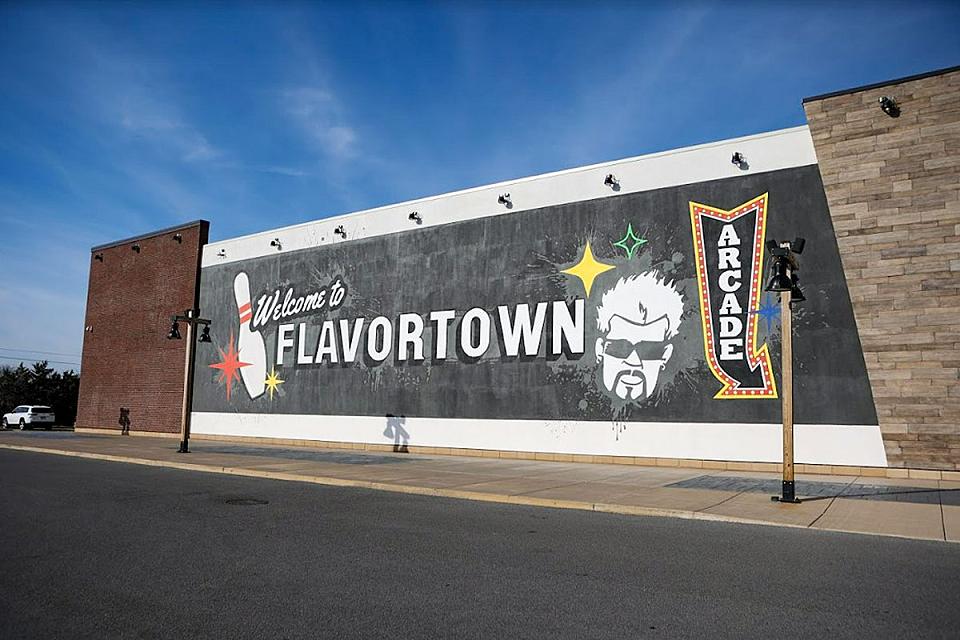 We recently paid a visit to one of our Pigeon Forge neighbors - Downtown Flavortown, the new mixed-use entertainment venue owned, in part, by TV host, entrepreneur and food personality Guy Fieri. It opened earlier this spring, but we only recently got a chance to swing by the food-and-fun destination, which is one of the anchor tenants at The Tower Shops at the Mountain Mile on Teaster Lane.

Even though it was a weeknight, the place was pretty busy, although not as busy as I suspect it will be now that we're past the Memorial Day holiday and into summer officially. We had about an hour wait, but the hostess on duty informed us that they do take reservations, which few area restaurants do. We definitely recommend taking advantage of that option should you decide to visit.

We spent some of our wait time roaming around the 43,000-square-foot Downtown Flavortown footprint, much of which is accounted for by a massive state-of-the-art arcade area featuring a wide array of video games and other family amusements. There are also multiple gift shops, a tiki bar and a 14-lane duckpin bowling alley. Think of this place as Dave and Busters but with a Guy Fieri touch.

Next, we browsed nearby retail establishments at The Tower Shops, including Toy Town and the Mountain Mile General Store. Finally, we killed some time playing cornhole in the turf-covered outdoor plaza, which also has life-size chess and checker boards. It had been raining that day, and the cornhole beanbags were a little damp, but we still had fun trying to get them to drop.

When our notification text finally came up, a hostess showed us to our table in the 300-seat main dining room, where we looked over the menu. It's not an overwhelmingly large lineup of food, but many of the items reflect Guy Fieri's flare for the unusual and creative when it comes to all things culinary.

The menu also features savory waffle creations, burgers, flatbreads, chicken wings and sandwiches such as the Motley Que Pulled Pork and the chicken bacon ranch. We saw entrees like American Royal Ribs, fire-roasted salmon and a grilled ribeye. For dessert, you might try their Triple-Double Mint Pie or the salted caramel pretzel bread pudding.

We enjoyed the shrimp and grits waffle and The “OG” Ringer burger, a hefty patty topped with shredded lettuce and tomato, cheddar cheese, a giant onion ring, the brown sugar barbecue sauce and Guy's signature donkey sauce. Served on a brioche bun, it was a tasty handful. The burgers are served with Flavortown's fry trio - a mix of shoestring, homestyle and waffle-fried potatoes.

For dessert, we had to take try the Cheesecake Challenge - half a New York-style marble cheesecake accented with potato chips and pretzels. The full cheesecake is smaller than the standard size, but the half-portion is still definitely something you want to share with someone. It was visually interesting, served on its side on a plate drizzled in hot fudge sauce. We just barely managed to work our way through the whole thing.

Next time you're in Pigeon Forge, Downtown Flavortown would be a fun place to go for dinner and games, especially if you've spent part of your day with us at Smoky Mountain Ziplines. Once you've experienced all seven of our ziplines, Pigeon Forge has much more in store, including The Tower Shops at The Mountain Mile and dozens of other shopping and dining options. 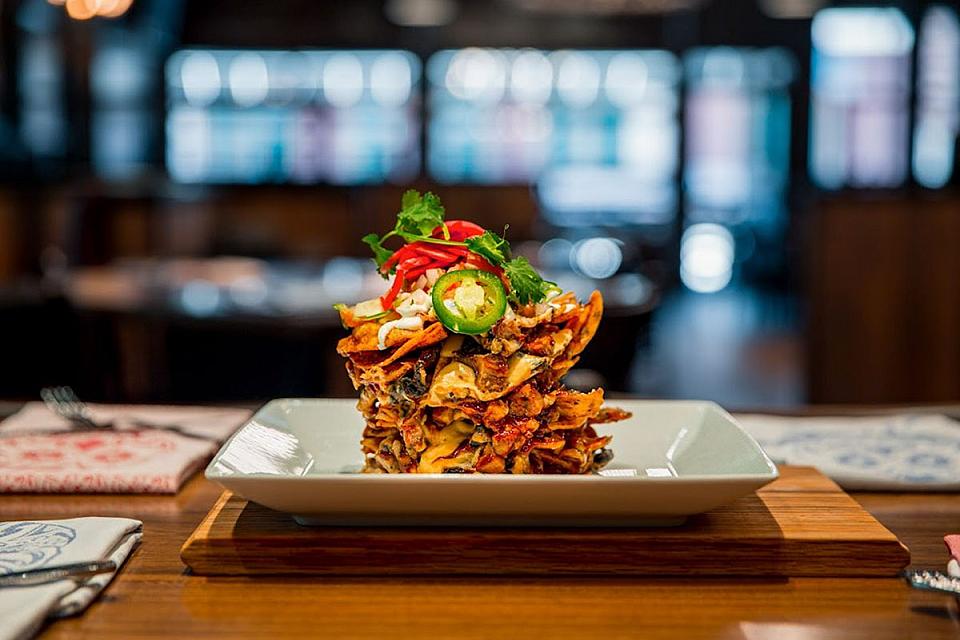