All Aboard For Fun! 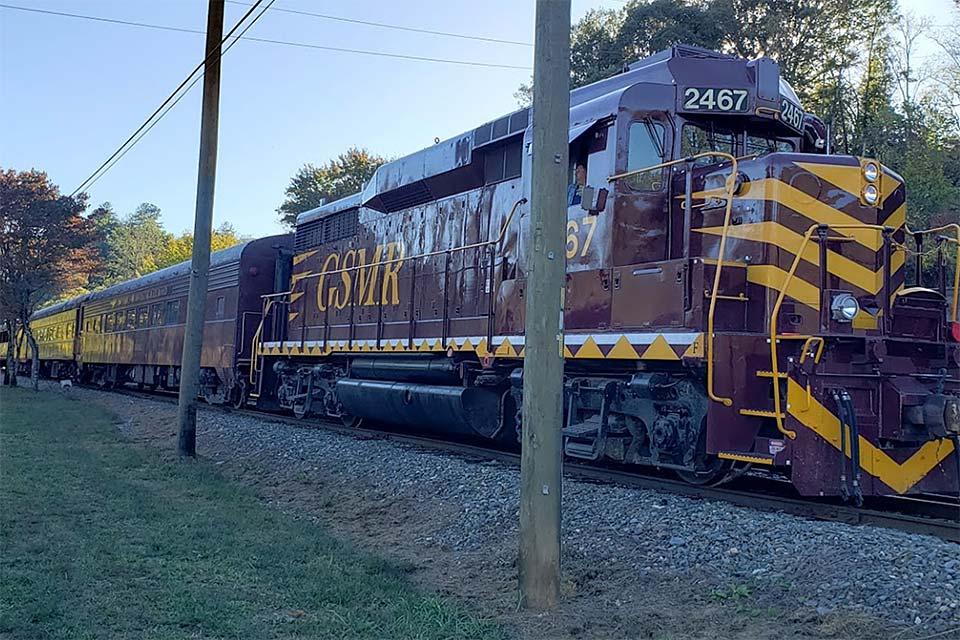 There are lots of ways to experience the Great Smoky Mountains. You can hike them, drive through them, see them on horseback or while riding an ATV. You can even see the Smokies from a helicopter flying high overhead or from a raft while on a whitewater-rafting excursion. But there's only one place you can see the scenery from a train, and that's at the Great Smoky Mountains Railroad in Bryson City, North Carolina.

This operational railroad takes customers on a number of scenic tours of Western North Carolina, right along the southern border of Great Smoky Mountains National Park. The attraction's excursions make use of some 53 miles of track, two tunnels and 25 bridges, and along the way, passengers see gorges, rivers, valleys, mountains and more. The mountains of Western North Carolina include not only the Smokies but also the Blue Ridge Mountains and the Pisgah, Cherokee and Nantahala National Forests. These reserves are home to 125 varieties of trees, 1,000 species of flowering plants, 200 species of birds and 100 species of fish and land animals.

Excursions include tours of the Nantahala Gorge and the Tuckasegee River, and there are also several seasonally themed tours, such as the Peanuts Beagle Express during Easter, the Peanuts Great Pumpkin Patch Express during autumn and, most recently, the Polar Express trip. On Polar Express outings, passengers of all ages board the train in their pajamas (if they choose) and enjoy Christmas lights, a visit with Santa Claus and complimentary hot chocolate on the nighttime route. Great Smoky Mountains Railroad offers several specialty options for train tours, including boxed lunches, full meals, a narration car and much more. Prices vary according to package.

On the Tuckasegee River trip, one of the more popular outings, guests pass over that river on multiple bridges and see other locations of note on their way to a layover in Dillsboro, North Carolina. One of those points of interest is the location where they filmed the train-bus-collision scene at the beginning of the film The Fugitive. The train car and bus used in that scene are still on location near the railroad tracks. Then while in Dillsboro, guests have an hour and a half to walk the quaint and charming town while enjoying a variety of local restaurants and shops. Then it's all aboard for the journey back to Bryson City. Most trips last around four hours.

The train itself features a number of vintage train cars (most are climate-controlled, some are open-air gondolas) that have been faithfully refurbished. There are also historic steam- and diesel-powered locomotives that help push (and pull) the multicar train to and from its various destinations. For example, the steam-powered #1702 engine was built in 1942 for service in World War II and served the military domestically. It's one of only two such engines remaining in the United States.

The depot is located in downtown Bryson City, and guests get to have their photos taken with the engines before the trip and watch the engineers prepare them for the journey. There's also a huge gift shop and train museum where you can experience trains on a different level.

Great Smoky Mountains Railroad is open on a limited schedule January through March. The most direct route from Sevierville, Pigeon Forge and Gatlinburg to Bryson City is to take U.S. Hwy. 441 (Newfound Gap Rd.) from Gatlinburg, over the crest of the Smokies, to Cherokee, NC. From there, it's only 10 more miles to Bryson City. Be aware, however, that Newfound Gap Rd. is often closed in winter because of snow and icy conditions. In such cases, you can access Western North Carolina via Interstate 40 on the east side or via U.S. Hwy. 129 (including the famed stretch called The Dragon) on the west side.

The railroad will give you a unique alternative for family fun during the winter months (while our Smoky Mountains zip line attraction is on hiatus), and you'll get to learn a lot about trains and the unique place they hold in our history. 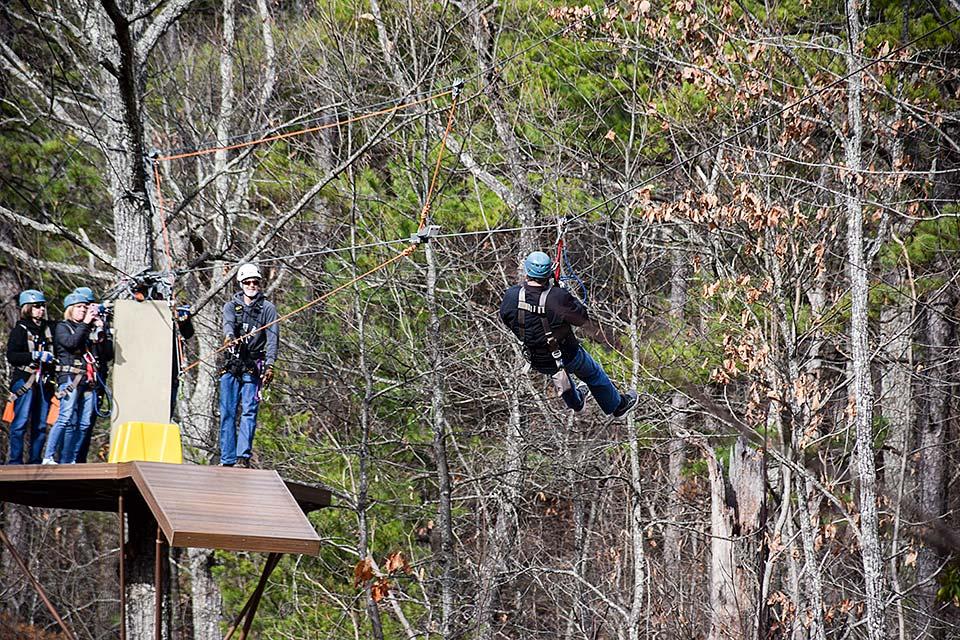 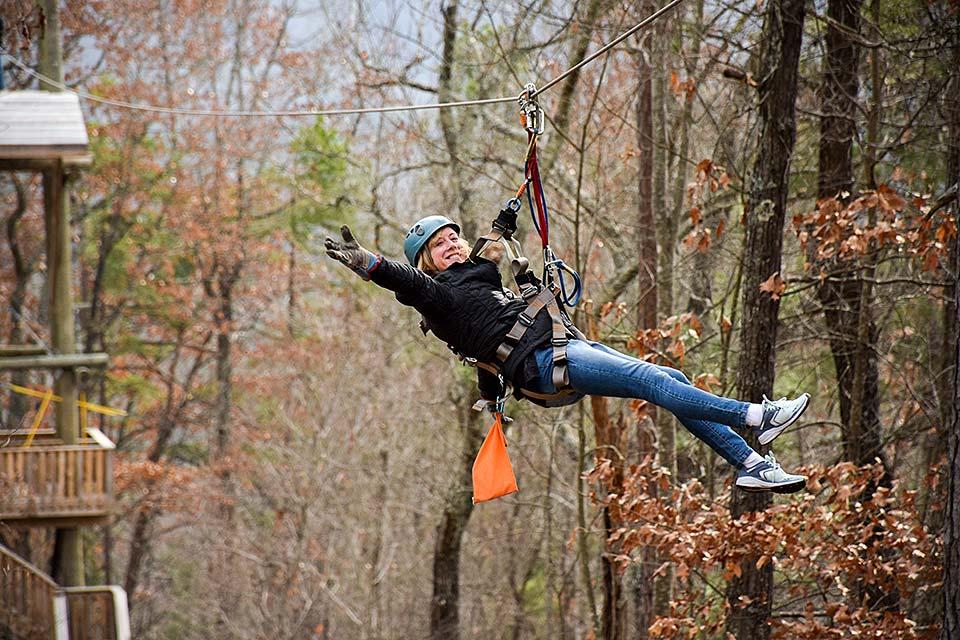