A History Of Pigeon Forge 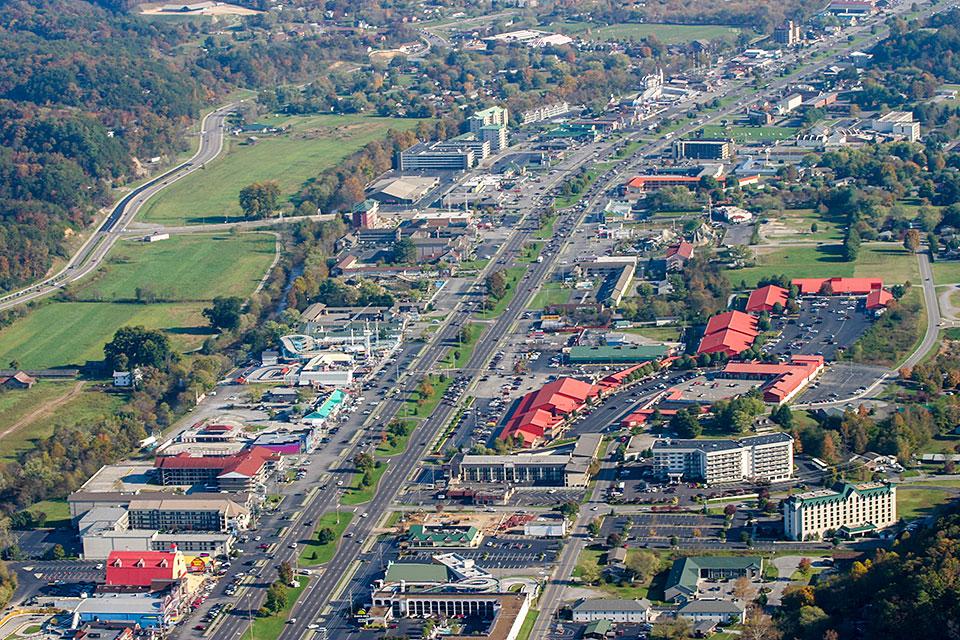 Last week, we started digging back into the history books a little bit, exploring the fascinating stories of the people and events that led to the founding of Sevier County's three primary towns – Sevierville, Pigeon Forge and Gatlinburg. We kicked our three-part series off last time around with a look back at the origins of Sevierville. This week, we continue with the history of Pigeon Forge.

By the late 1700s, Pigeon Forge had followed a course similar to that of Sevierville, serving as a place of settlement for soldiers following the Revolutionary War. However, once Sevierville became the county seat, the two towns' paths diverged considerably, with Sevierville continuing to grow and expand while Pigeon Forge remained a small, sleepy village until the tourism industry began to take root in the 1970s and '80s.

In 1781, Samuel Wear became the first permanent white settler. A war hero, he was given a land grant of 500 acres and built a homestead near the mouth of Walden's Creek, at the confluence of the Little Pigeon River. Other early settlers included Mordecai Lewis, who ran a small gristmill and owned land on the present-day site of The Old Mill attraction. Lewis's daughter married Isaac Love, and in 1835, their son, William, built the very Old Mill structure that still stands and functions today.

The name Pigeon Forge was derived from the many iron works that existed at the time as well as the Little Pigeon River. The river itself had gotten its name from the huge flocks of migratory passenger pigeons that had frequently stopped there throughout the 1700s and early 1800s to feed on the abundant beech trees. Sadly, the passenger pigeon population dwindled to extinction, and the last one died in captivity at the Cincinnatti Zoo in 1914.

During the Civil War, Pigeon Forge was utilized as a northern stronghold, with 30 citizens joining the Union forces. Hard times befell those who stayed behind, as schools were abandoned and roads deteriorated. Beginning at the turn of the 20th century, however, stores, churches and schools began to spring up in increasing numbers and continued to do so for the next 30 years.

The establishment of Great Smoky Mountains National Park in 1934 ultimately affected Pigeon Forge in an irreversible manner. The birth of the park led to larger numbers of visitors passing through Pigeon Forge on their way to Gatlinburg and the Smoky Mountains. In the late 1940s, tourism in Pigeon Forge began in its own right with the founding of Pigeon Forge Pottery, across the street from The Old Mill. It still operates as a pottery business today, although the current owners have renamed it Pigeon River Pottery.

As more businesses and accommodations grew to serve the tourist traffic, Pigeon Forge was transformed from a quiet rural town, comprised mainly of farmland, into a viable economic community. The town was incorporated in 1961, and tourist-oriented businesses grew exponentially through the '70s and into the '80s. The 1982 World's Fair in Knoxville and the opening of Dollywood in 1986 both contributed to making Pigeon Forge an actual destination in its own right, rather than a mere stopover.

The year-round population of Pigeon Forge, as of 2013, is 6,036, and it has been estimated that during peak season, upwards of 40,000 visitors pass through or stay in town each day.

Of course, Smoky Mountain Ziplines is proud to call Pigeon Forge home, and we're happy that so many visitors to the mountains have discovered our community and our business. Our zipline outpost benefits from beautiful foothills scenery, so if you're looking for the best place in the area to zip line, Pigeon Forge is definitely worth checking out. 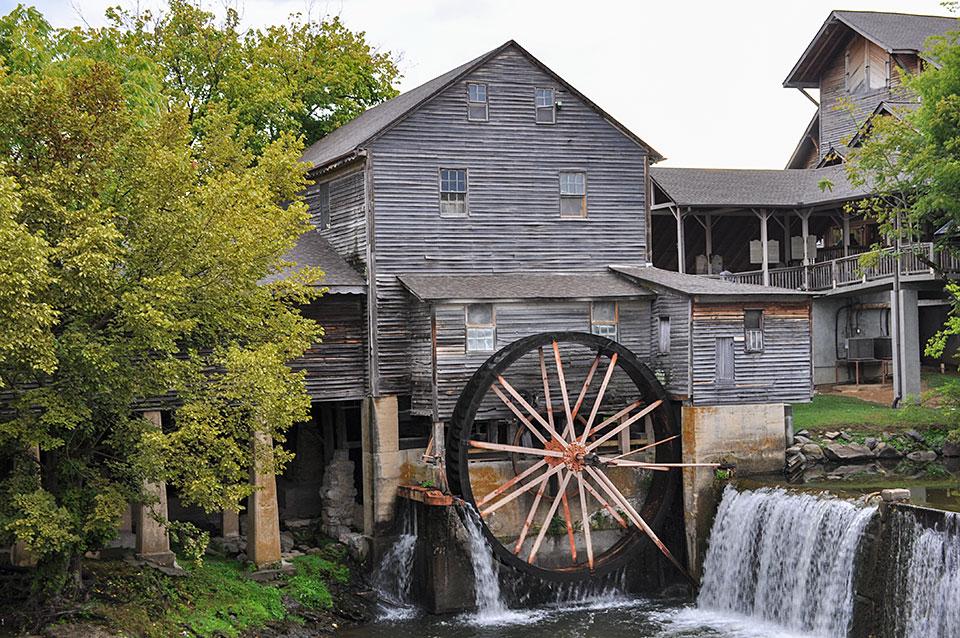 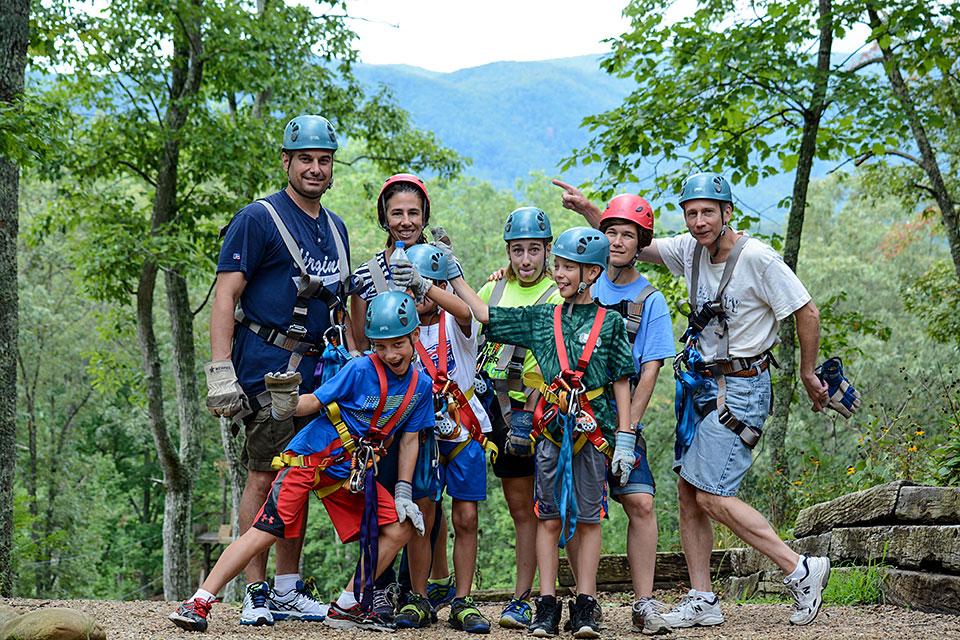 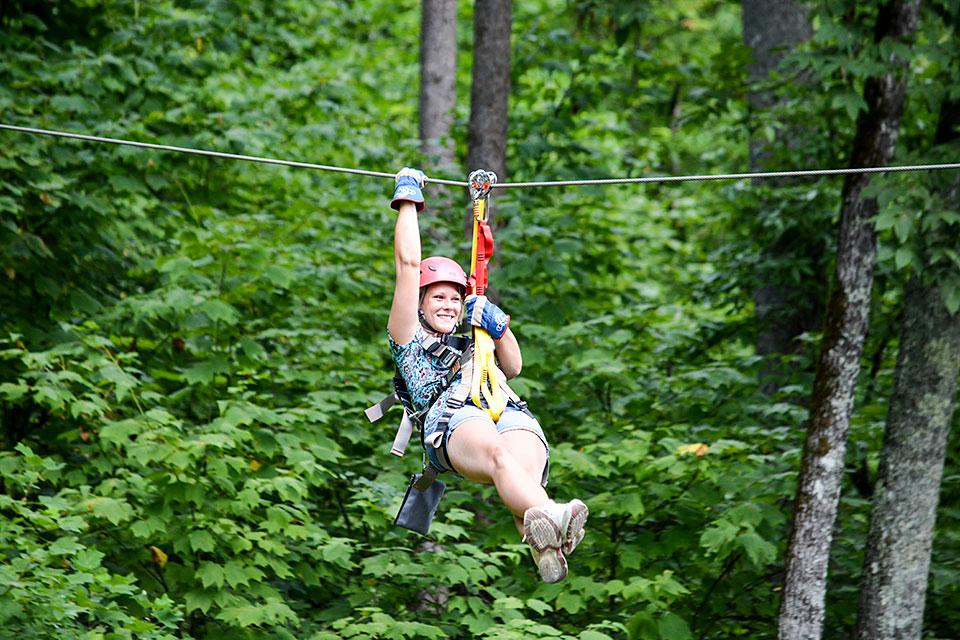