Zipline News From Around The World 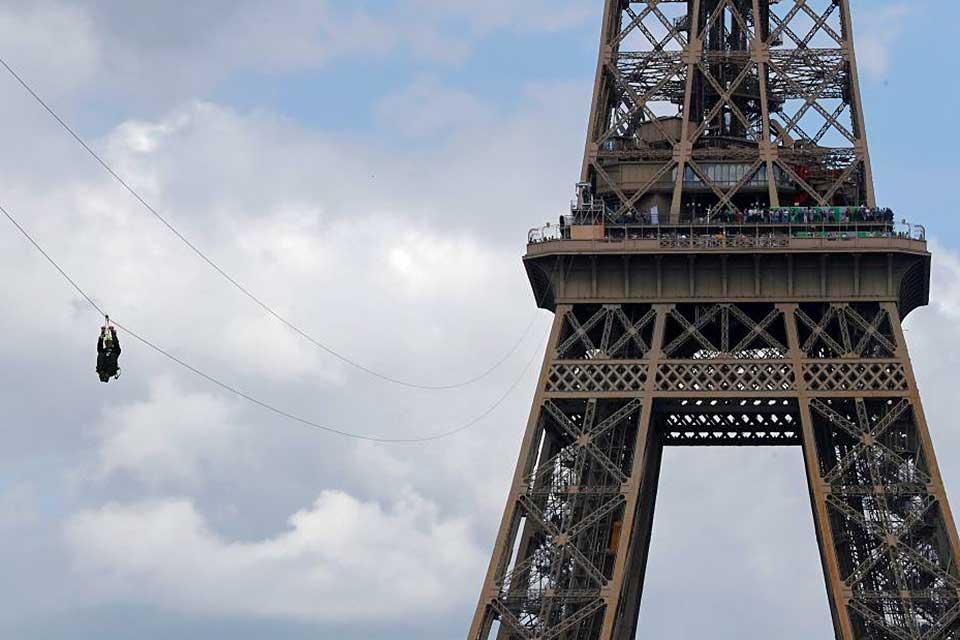 Smoky Mountain Ziplines is taking a break for the winter, but we'll be back in just a couple of months, weather permitting. However, just because things are a little quiet around here right now doesn't mean that the entire zipline universe has ceased to exist. We've dug up tidbits about all sorts of interesting new zipline developments from all over the world.

Let's start in Paris, France, where the famed Eiffel Tower added a new attraction component last summer. Named Le Perrier Smash, the half-mile-long line stretched from the tower, across the Champs de Mars, to the L'Ã‰cole Militaire. It was, not surprisingly, orchestrated by the Perrier company to celebrate the start of the French Open in May.

Riders were able to reach a top speed of 55 miles per hour, suspended some 375 feet above the ground, and the ride took about a minute to complete. The zipline was only in operation for the duration of the French Open tennis tournament, but perhaps visitors to Paris will someday see an Eiffel Tower zipline again.

It seems like every time we compile one of these posts about the zipline industry, we're telling you a new story about a company unveiling the world's longest or fastest zipline.

This summer, the community of Yenokavan in Armenia launched what was briefly the world's longest zipline. It measures 1.67 miles long (yes, miles) and is suspended nearly a quarter-mile above the ground.

However, the current holder of the record for longest and highest zipline is the one that just opened on Jebel Jais mountain near Ras Al Khaimah in the United Arab Emirates. It measures 28 football fields in length and begins its descent atop the mountain, which stands at 1,934 meters above sea level. The double-line ride features cables that collectively way seven tons, and passengers can reach speeds of up to 80 miles per hour on their screaming ride to the bottom.

Here in the United States, North America's highest, fastest and longest zipline canopy tour can be found at the New York Adventure Tour in Hunter Mountain. After a 15-minute truck ride to the summit, passengers clip on for a tour that totals more than five miles in length and reaches heights of 182 meters.

Meanwhile, in London, that city saw the arrival of Zip World London, a zipline attraction located in the heart of the city. The line measures 738 feet long and drops from about 114 feet, sending passengers on a journey that reaches about 50 miles per hour in speed. As such, it's billed as the world's fastest urban zipline ride. Riders get to enjoy views of Parliament, Big Ben and other central London landmarks. Even cooler is the fact that riders are suspended horizontally so that they fly like Superman.

The honors for longest urban zipline go to the XLine Dubai Marina in Dubai, another Superman-style flying adventure that reaches speeds of up to 50 miles on its one-kilometer journey in the heart of the city. Riders get to enjoy fantastic views of the downtown skyscrapers surrounding them.

Of course, few of us are going to be traveling all over the world in search of the longest, highest and fastest zip line. Smoky Mountains, however, are within a day's drive of most of the country's population, and our canopy tour in the mountains offers plenty of thrills, not to mention gorgeous views of our East Tennessee landscape. We hope you make plans now to come see us in the spring. 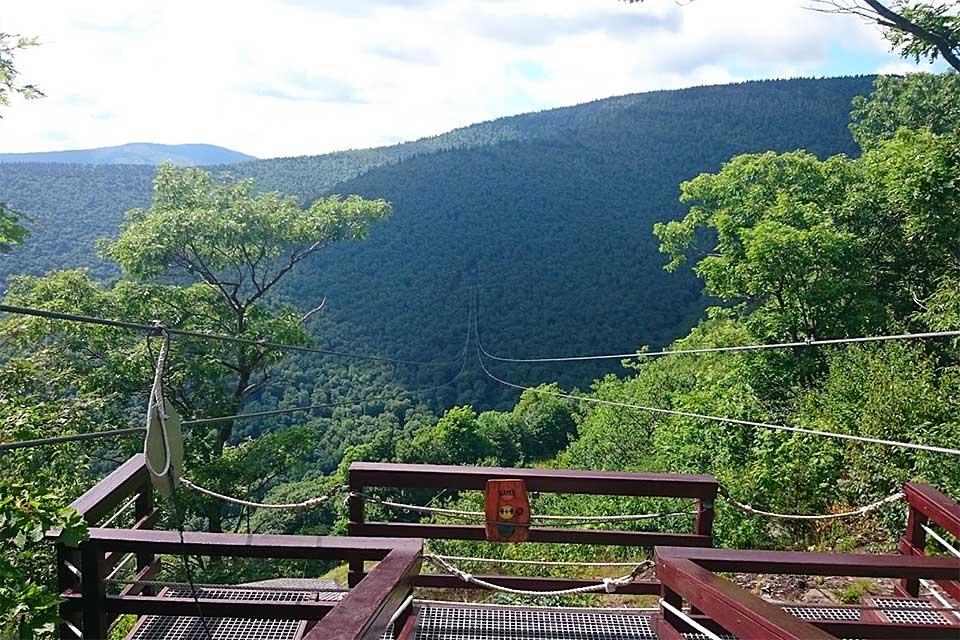 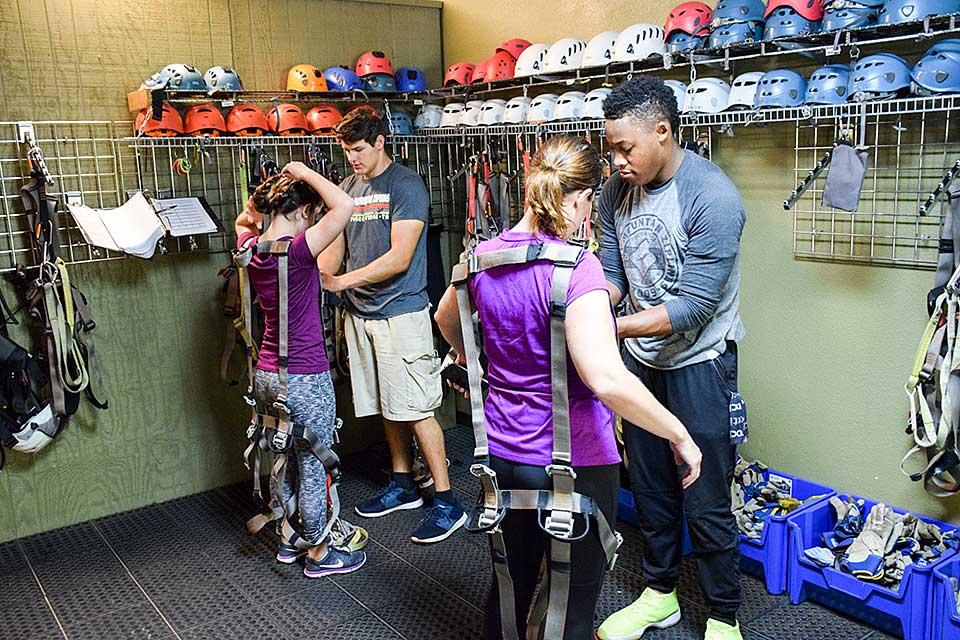 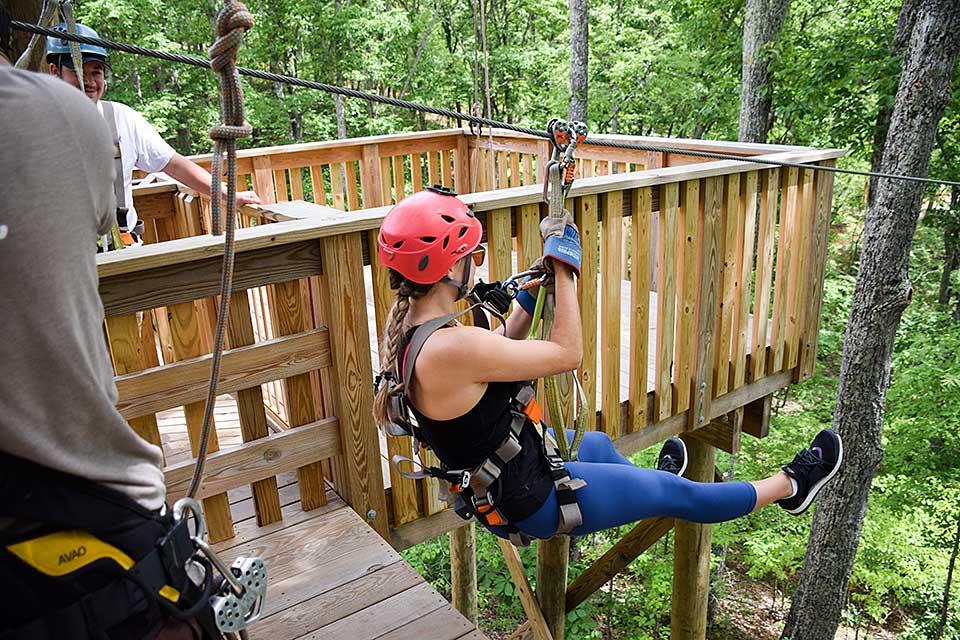