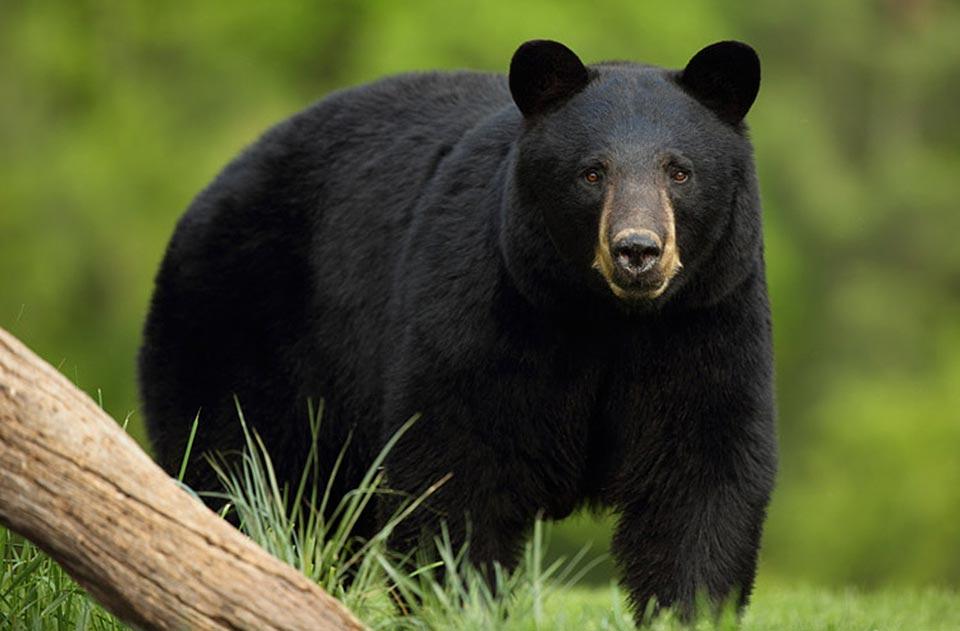 Once or twice a year, we try to use our blog to spread the word to visitors about the dos and don'ts of encountering black bears in the Great Smoky Mountains. The National Park Service has a number of recommendations (and laws) in place to discourage human-bear interaction, all of which are for the benefit of both the bears and the millions of human guests that visit Great Smoky Mountains National Park each year.

However, a video surfaced online a few days ago that reminds us that we still have a long way to go when it comes to educating the public about the inherent risks and dangers of getting too close to bears in the national park. A man touring the Cades Cove section of GSMNP saw a mama bear and several of her young cubs walking across a parking area. The man approached the adult bear in an effort to shoo her away, and in return, the protective mama lunged at the man in a threatening way. He was fortunate to escape the encounter unharmed.

In case you didn't see it, here's a link to the video – which went viral – and more details of the encounter itself, as reported in the Knoxville News Sentinel:

So with this in mind, we thought we'd drop in a quick refresher course on the subject of black bear etiquette. As the video showed, knowing when to keep your distance from a bear can literally be a life-or-death decision.

If you see a bear in the wild, first and foremost, do not approach it. However, you should remain watchful and not allow the bear to approach you. How do you know if you're too close to a bear? If your presence causes it to change its behavior (it stops feeding, changes direction, is watching you, etc.), then you are too close.

You know you're REALLY too close when your presence induces aggressive behavior in a bear, such as running toward you, making loud noises or swatting the ground. That was clearly the case in the video, where the man got too close, and the mama bear made a brief, aggressive charge toward him.

If you find yourself in close proximity to a bear (intentionally or accidentally), don't run. Back slowly away and try to increase the distance between you and the bear. Chances are, the bear will do the same.

Okay, here's where it gets tricky. What if a bear persists in engaging with you and continues to follow you or approach you? First, change the direction you're walking. If that doesn't work, you may need to stand your ground and either talk loudly or shout at the bear. You can try to intimidate the bear by raising your arms overhead to make yourself look bigger. You can also throw rocks and other non-food objects at the bear or, in a worst-case scenario, fight back aggressively. But remember, these are measures of absolute last resort. And never play dead. That won't work.

Why not run? Because bears are deceptively fast. Some of them can reach speeds of 30 miles per hour. You will not outrun an adult bear, so your better bet is to try to ward it off if it engages with you. Your best bet still is to make sure you don't get too close to a bear in the first place.

Bringing food into the national park is the root cause of many bear-human encounters. It's fine to bring food into the park, but if you leave it unprotected or put it in containers or garbage receptacles that aren't bear-proofed, then bears will seek out our human food instead of their regular diet of insects, nuts and berries. That's why you should never feed bears. When they become dependent on human food, they tend to invade our camping and hiking areas, which can lead to unfortunate human-bear encounters.

Remember that bears aren't encroaching on our land. We're encroaching on theirs. Sadly, when a bear does attack a human, it usually ends up that the bear is euthanized. In the worst of cases, both a human and a bear could die as a result of an unnecessary encounter.

We don't see too many bears here at Smoky Mountain Ziplines, but our guides do know what to do in the case of such an encounter. At least at our Smoky zip line attraction, you'll have the advantage of being far off the ground, either on a zipline platform or flying through the treetops! 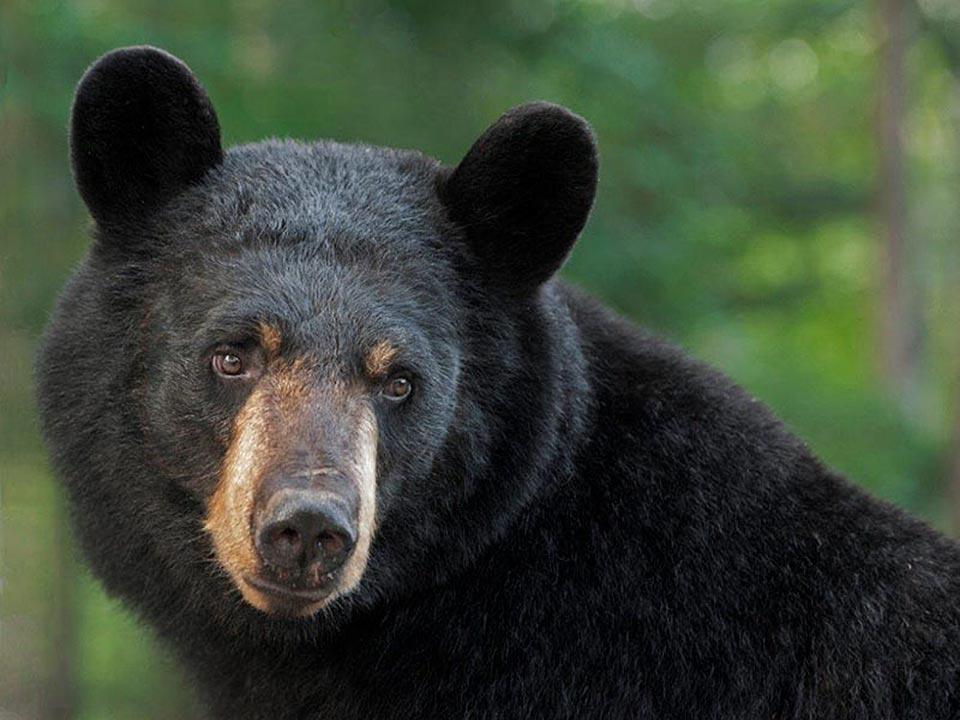 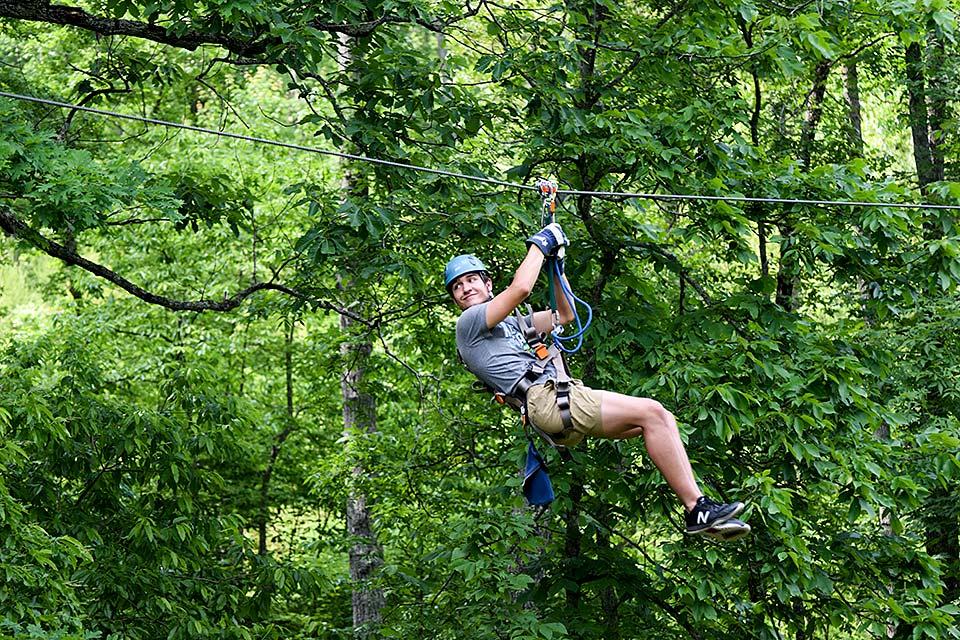 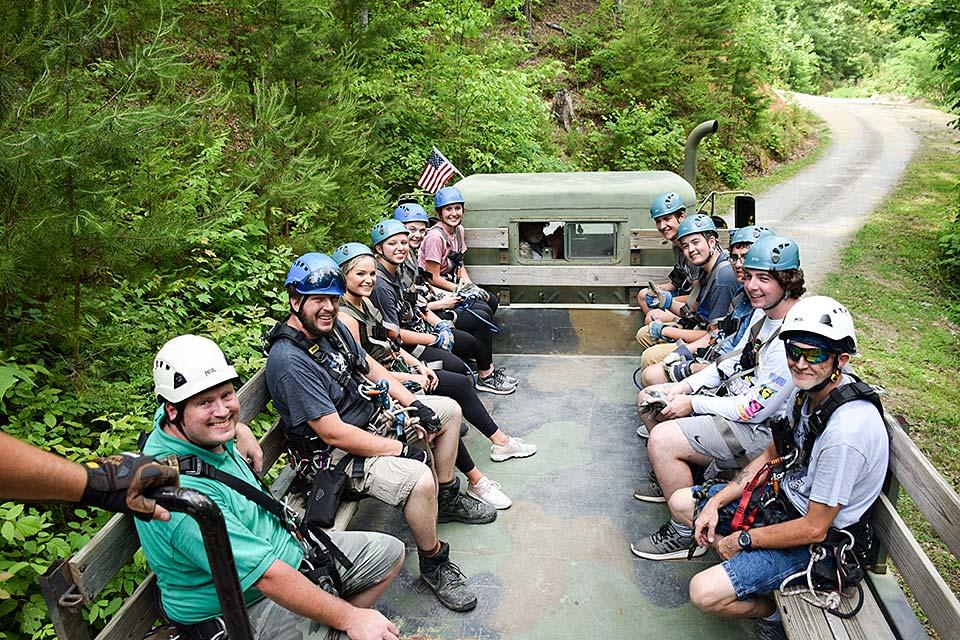